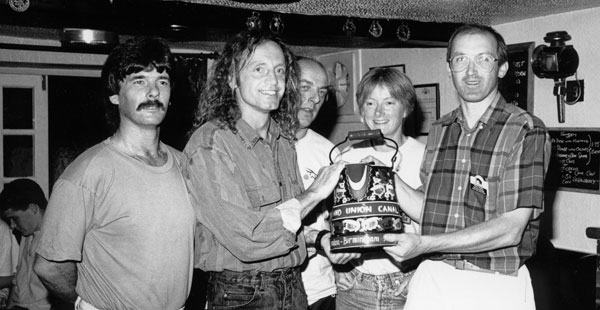 “The 145”, as it was known in its early years, was instigated in 1993 by British Waterways’ Bruce Harding to promote the opening of Canal Towpaths to the public as part of their commemoration of 200 years of “Canal Mania” in Great Britain. Geoff Worsley and Harry Townsend, of the newly formed Trail Running Association, followed up the idea and proposed a non-stop race with a total time limit initially of 35 hours. (Later extended to 40 hours.)

The event was modestly promoted by word of mouth, hand-outs, and a mention in The Trailrunner newsletter of the TRA. There were to be no Checkpoints or Feedstations. Instead, runners were given a British Waterways Key and Gore-Tex Challenge* “Passport”. The key was required to access BW water points and toilets, and also the rubber stamps which were used to endorse the “passport” at each of ten sites en-route, thus self-confirming completion. Competitors could to have their own support crews or be self-sufficient. Twenty-two competitors took up the challenge. Only Dick Kearn reached Geoff Worsley, patiently waiting at Little Venice, within the allotted time.

Despite being organised at very short notice, the event had at least proved the feasibility of a non-stop race over such a distance, but neither British Waterways nor the TRA seemed keen to repeat it. In 1996, having cut his teeth as principal organiser of Compton Harriers’ 20/40 mile Challenge, and having been asked many times “Is that canal race ever going to happen again?” Dick, encouraged by his brother-in-law Phil Gadd, revived the race later that year.

Only nine runners were foolish enough to enter and only two turned up on the day! Both sadly retired near Milton Keynes, leaving Dick and Phil with time to explore possible crew meeting points and checkpoint sites for the following year.

Rod Palmer was first of four 1997 finishers from thirteen starters. Fed up with organising an event with few finishers, Dick and Phil decided to extend the overall limit to 50 hours for 1998 and 1999. This achieved its aim, but was extremely tiring for the few family and friend volunteers on which the event relied. It was decided to “split the difference” and have a forty-five hour limit. This has continued until the present day.

Before the turn of the century, word of the event had spread nationally and internationally. In the latter case mostly by the efforts of prolific ultra-runner Christian Hottas – a regular competitor from Germany, and Rory Coleman – the “Mad Brit with the Union Jack flag” having been seen at Marathon des Sables wearing a “145” t-shirt. Several MdS survivors were tempted to the canal towpath, only to fail their first attempts, and thus help build the GUCR’s reputation for being much tougher than expected. The event’s reputation has been further enhanced by the hard work and dedication of a few hard-core volunteers, determined to provide a good value, no nonsense, top quality race, organised by enthusiasts for enthusiasts. Long may it continue!

*The Gore-Tex Challenge involved covering the entire length of the canal over a non-specific time period. A completed passport could be returned for a commemorative brass plaque and entry into a draw for Gore-Tex products. 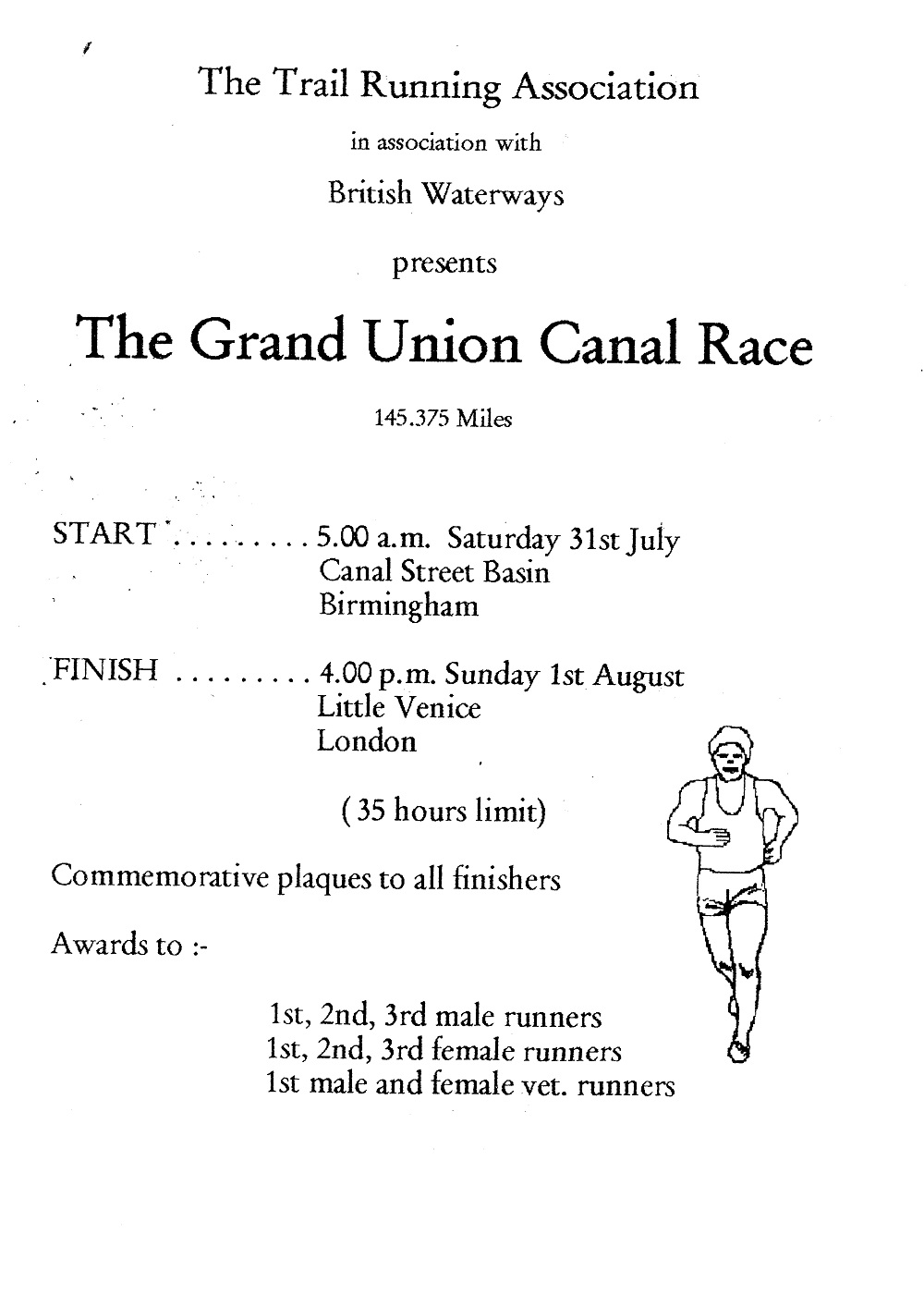